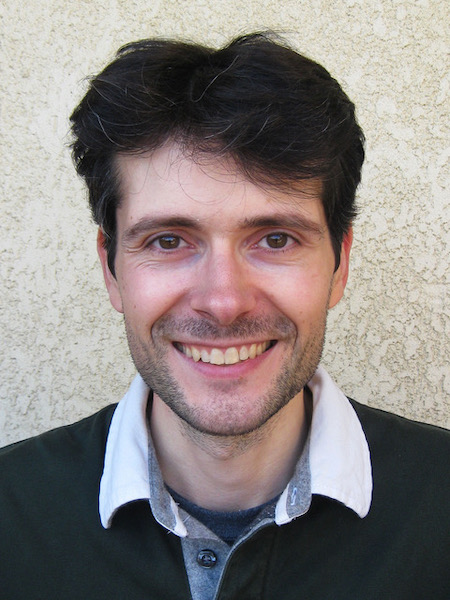 Sébastien Britton is a CNRS researcher at IPBS-Toulouse and the forthcoming team leader of the Deciphering & Drugging DNA Repair (DDR) group. He obtained his PhD in Toulouse in 2009 on the study of the main human DNA Double-Strand Break repair pathway, Non Homologous End Joining (NHEJ). Then, he joined the Steve Jackson laboratory in Cambridge UK where he contributed to the discovery of Remodelin, a small molecule rescuing nuclear defects of laminopathic cells, and developed an original approach to monitor through high resolution imaging the recruitment of NHEJ proteins at individual DSBs. Then he joined the lab of Patrick Calsou in Toulouse in 2013 where he took advantage of this method to decipher some of the mechanisms antagonizing NHEJ at breaks whose DNA repair relies on another DNA repair pathway, Homologous Recombination. Recruited by the CNRS in 2015, he was awarded in 2018 the CNRS Bronze Medal for his contributions to the DNA repair field.
His current research focuses on getting new insights into DNA damage response mechanisms in human cells and in using these insights to develop phenotypical and targeted screens to identify new small molecules affecting the response to DNA damage. This drug discovery efforts led his group to develop a new framework, combining chemoproteomics and functional genomics, to identify the mechanism of action of bioactive small molecules, related to the DNA damage response and beyond.